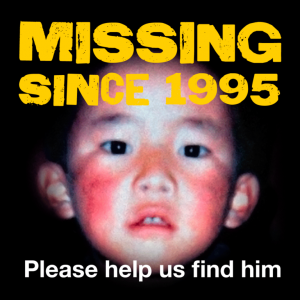 Who is the Panchen Lama?

Tibetan Buddhists believe in reincarnation, and the Dalai Lama and Panchen Lama have traditionally played leading roles in the recognition of each other’s reincarnation.

China tightly controls religion in Tibet and, despite being an atheist government, the Chinese Communist Party has stated that it, rather than Tibetans, will control Tibet’s religious affairs; including ruling on the reincarnation of Tibetan Buddhist leaders.

This enforced disappearance is part of efforts by China to assert its political control over the reincarnation of Tibetan Buddhist leaders.

Where is the Panchen Lama today?

The Panchen Lama’s location remains unknown. For over two decades the Chinese government have denied requests from United Nations human rights experts and governments for access to Gedhun Choekyi Nyima and his family, claiming that he was leading a normal life and does not wish to be disturbed.

In November 1995 China proclaimed a different boy to be the 11th Panchen Lama. China’s chosen boy is overwhelmingly rejected by the Tibetan people. Both young men are victims in China’s plan to undermine and control the Tibetan people, religion and culture. Tibetans refuse to believe Gedhun Choekyi Nyima is “living a good life” and continue to demand he be released, and seek proof that he is safe and well.

Tibetans have lived under a brutal occupation since 1950 when China invaded and occupied their country. Since 2015 Tibet has been ranked as the second worst place in the world for political rights and civil liberties, behind only Syria. Tibetans can be arrested for simple criticism of China’s policies in Tibet or even flying their own Tibetan national flag.

What are we calling for?

We are urging the Chinese government to: