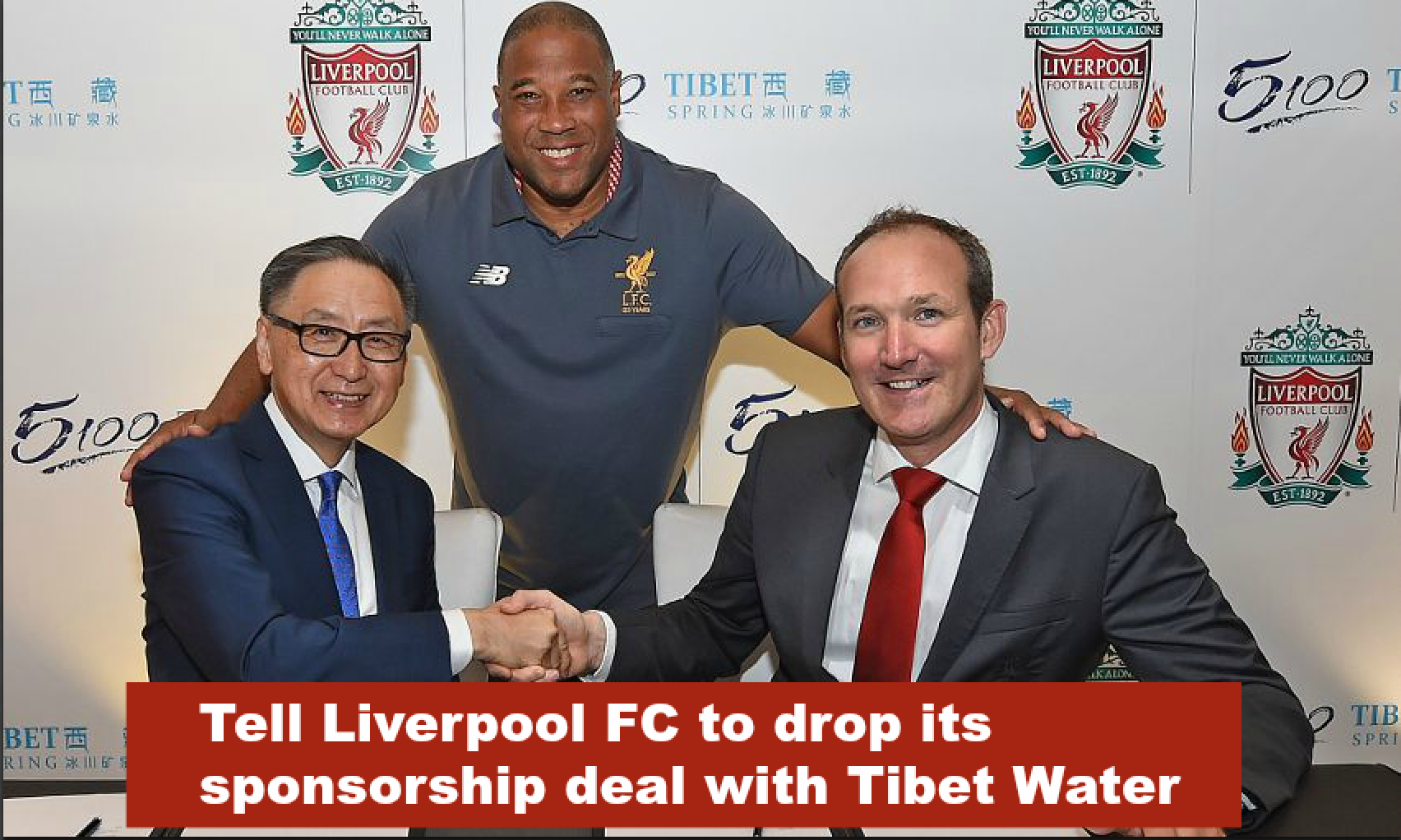 Tibet Water Resources Limited exploits the natural resources of Tibet with the help of the Chinese military occupation. So why has Liverpool FC signed a sponsorship deal with the company?

Tibet Water is only able to take resources from Tibet because the brutal Chinese military occupation allows it to — it owes its profits to the repression, torture and denial of political freedoms that have become commonplace there.

In turn, its brand — and now Liverpool FC — lends legitimacy to the occupation, creating a cycle of violence and repression.

Political repression isn’t even the only reason that Tibet Water doesn’t make a good partner for an institution like Liverpool FC — there are serious environmental problems, too.

The Chinese government knows it can only continue to get away with repression in Tibet if its occupation has legitimacy. And associating Tibet with major global brands like Liverpool FC is a great way to normalise the brutal situation.

….AND WE HAVE WRITTEN TO LIVERPOOL FC’S DIRECTORS

China Withdraws From Expotural Due to Tibetan Participation