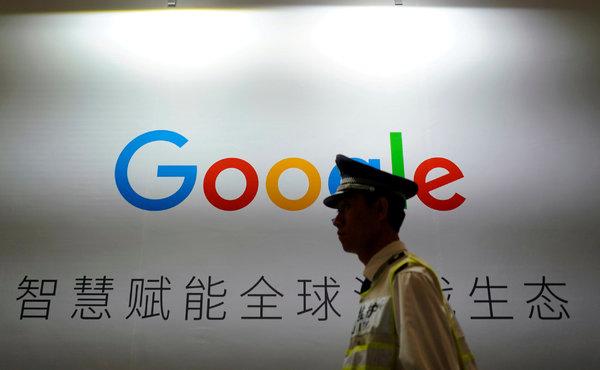 A coalition of 170 Tibet groups from around the world has written to Google, demanding it immediately abandon its plans to develop a censored search engine app in China and put into place comprehensive measures to ensure the company does not compromise on its principles in order to maximise profits. View the letter here.

The letter comes in response to news leaked by The Intercept that Google intends to set up a project codenamed ‘Dragonfly’ to comply with China’s strict censorship rules, and will lead to the tech giant censoring content pertaining to human rights, Tibet, Tiananmen, democracy and the Dalai Lama in an attempt to appease the ruling Chinese Communist Party (CCP).

In a letter addressed to CEO Sundar Pichai, the rights groups – including Free Tibet, Tibet Society and member groups of International Tibet Network – expressed their deep concern over the human rights implications of Google’s censorship plans.

The Tibet groups wrote: “There is little doubt that ‘Dragonfly’ would have an immense negative impact on the human rights of Chinese citizens, Tibetans, Uyghurs and other nationalities who, like all global citizens, deserve an undivided internet and free access to information.”

The signatories point out that Google’s public image is one of inclusiveness and accessibility, illustrated by the company’s withdrawal from China in 2010 after it took a principled approach and refused to comply with China’s demands that it self-censor its content. “If Google were to proceed with launching this app in China, it would constitute a dramatic shift in policy and a complete turn-around from past positions taken by the company concerning freedom of speech, human rights, extreme censorship, and cyber-security” said campaigners in the letter.

Since Google withdrew from China in 2010, the human rights situation in China and Tibet has seriously deteriorated. Today the Chinese government runs one of the most repressive internet censorship regimes in the world, with anything that displeases the CCP, from information about human rights to images of Winnie the Pooh, who some Chinese netizens have compared to President Xi Jinping, being blocked. Extensive monitoring of the internet has resulted in hundreds of people being arrested and imprisoned for discussing democracy and human rights online as part of a wider effort to crush all forms of peaceful online dissent.

The strict internet censorship in Tibet serves to hide from the outside world the ongoing and large-scale human rights abuses committed against the Tibetan people. According to conservative estimates, there are at least 2,000 political prisoners in Tibet,many of them held in unknown locations. Protests by Tibetans are routinely broken up with violence, and torture is widespread.

Freedom of expression, online and offline, is virtually non-existent in Tibet, with the authorities frequently using vaguely-worded “state security” laws to sentence individuals to long jail terms for acts such as flying the Tibetan flag or celebrating the Dalai Lama’s birthday. Tashi Wangchuk, a Tibetan language rights advocate was recently sentenced to five years in prison on politically motivated charges of ‘inciting separatism’ after he publicly sought to realise his right to Tibetan language education and featured in a New York Times article and online documentary.

“Google must not turn a blind eye to the human rights violations being committed by the Chinese authorities nor act as an extension of China’s government by actively implementing its repressive policies. Project Dragonfly is not just an attack on Tibetans and Chinese citizens, but an all-out assault on internet freedom everywhere,” said Gloria Montgomery, Head of Advocacy and Campaigns at Tibet Society.

“Until April this year, Google’s code of conduct began with the motto ‘Don’t be evil’. Sadly it seems that this sentiment is being buried, in word and in deed. Assisting a repressive regime in its efforts to censor information cannot be justified. Google’s executives should consider whether helping the Chinese authorities to shield the people under its repressive rule from human rights and democracy is worth the price of operating in China,” said John Jones, Campaigns and Advocacy Manager at Free Tibet.

This leak about Google’s plans comes amid growing public concern over the ability of tech companies to undermine our rights and freedoms. Google has previously faced widespread public backlash and employee resignations for helping develop technological tools that could aid in warfighting by the US Government in AI surveillance ‘Project Maven’. The company was later forced to abandon the project or risk irreversible damage to its reputation. Google’s board members now face that same dilemma.

Mother of two self-immolates in Chone