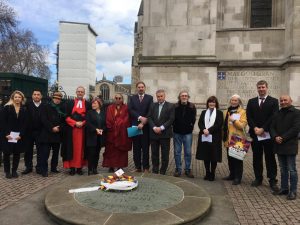 On 5 March, the All-Party Parliamentary Group for Tibet in conjunction with Tibet Society, organised a wreath laying ceremony at the Innocent Victim’s Memorial of Westminster Abbey. 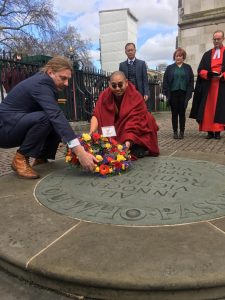 The wreath was laid in memory of all Tibetans who have lost their lives as a result of China’s occupation of Tibet since 1950 and to commemorate the 60th anniversary of the Tibetan National Uprising that began in Tibet’s capital city Lhasa, on 10th March 1959. 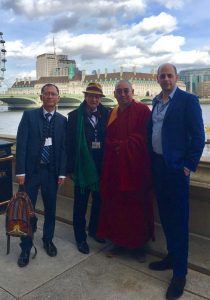 Hon Chris Law MP (SNP) and co-chair of APPGT reiterated his continued support for the Tibet issue. The ceremony was attended by 3 other Members of the UK

The Tibetan Community in the UK, Free Tibet and other  Tibet support groups joined in the ceremony, as well as members of the Tibet Society.

The Dalai Lama to headline Glastonbury!