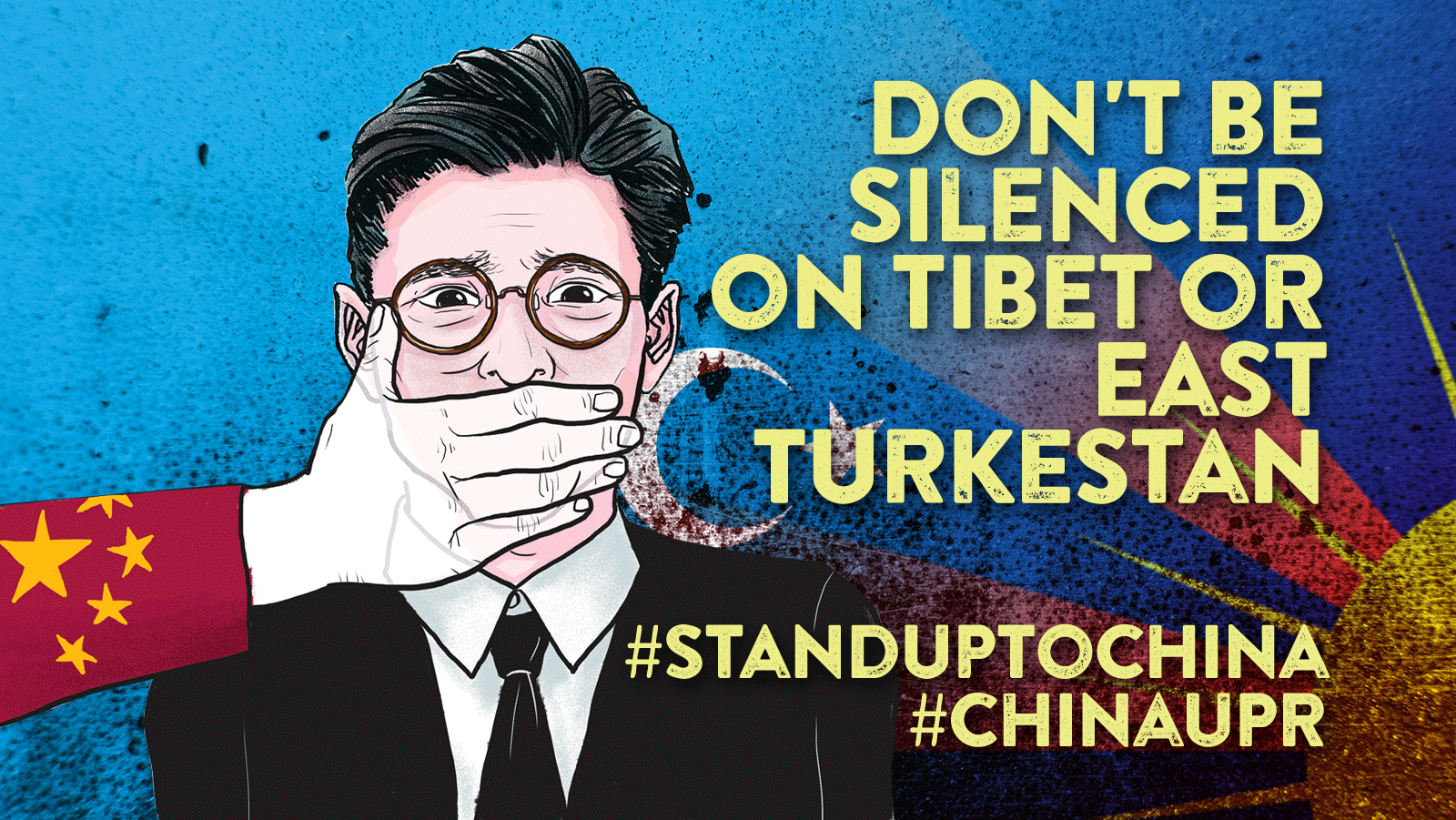 Today saw a rise in the number of UN States that raised concern for the situation in Tibet 2 at the United Nations Human Rights Council. A total of 13 countries used their interventions to shine a light on China’s human rights abuses in Tibet, with nine countries3  issuing 12 recommendations relating to lack of freedom of religion, assembly and association and movement. During China’s second UPR in 2013, seven States made Tibet-related recommendations.4

New Zealand put forward a strong recommendation that urged China to resume the frozen two-way dialogue between Tibetan and Chinese representatives; a recommendation previously raised in 2013 and rejected by China. In addition to the nine States that made recommendations on Tibet, Austria, UK and Japan expressed concern about Tibet in their verbal statements to China, and advanced written questions on Tibet were submitted prior to the review by Belgium, UK, Sweden, USA, Austria, Germany and Switzerland. The United States of America called for the release of imprisoned Tibetan language rights defender Tashi Wangchuk5, who was arrested after advocating for Tibetan language in schools, and is currently serving a 5-year sentence.

Tibet campaign Group are buoyed at the number of States that used this important UN mechanism to put increasing pressure on China to address the repression and human rights abuses, but called on more States to speak out in future. A more systematic and deepening crackdown is being implemented in Tibet under the leadership of Xi Jinping, however China repeated the same denials and attempted the same obfuscation of the process as it did during its last Universal Periodic Reviews in 2009 and 2013.

Swiss-based Tibetan monk and ex-political prisoner Golog Jigme, who was present at the Review as part of the Tibet Advocacy Coalition6 project team, said “Today, is a critical moment for Tibetans in Tibet who have lived under China’s occupation for nearly 70 years. China would like the world to continue to ignore its violations in Tibet, but 13 countries have taken a stand for human rights in Tibet, and more will follow. Although Tibet is under lockdown,the Tibetan people’s concerns have been heard here today.”

Mandie McKeown of International Tibet Network said “The timing of these recommendations on Tibet from UN Member States could not be more urgent. Tibetans are routinely imprisoned and tortured for simply raising questions about human rights in Tibet. A number of States have today led by example, showing that the Chinese government cannot intimidate the world with its economic influence, but equally there are many governments that need to be much stronger in speaking out about these flagrant abuses.”

“Attempts by the Chinese delegation to present an image of a country committed to human rights largely fell on deaf ears today at the UN. The Chinese authorities must now heed calls made by world governments – particularly with regard to protecting Tibetan’s rights to freedom of religion and respecting the work of Tibetan human rights defenders, such as Tashi Wangchuk. Today’s session sends a clear message that many Council members will not let China get away with trampling on the human rights of Tibetans” said Gloria Montgomery, Head of Advocacy and Campaigns at Tibet Society UK.

International Tibet Network further noted that concern about the situation of Uyghurs in East Turkestan [Ch: Xinjiang] – who are currently experiencing extreme levels of persecution through China’s use of detention centres to arbitrarily subject hundreds of thousands, and possibly millions of people to “re-education” – was expressed by 17 States.

In response to the concerns expressed during the review session, China’s head of delegation Mr. Le Yucheng, Vice Minister of Foreign Affairs, attacked States that had made critical statements, saying they were not based on facts and were full of prejudice. He rejected assertions that China’s human rights situation had worsened, saying “China cannot accept this”, and members of his delegation attempted to explain how Tibetans enjoy freedom of religion and to justify the “vocational training centres” in East Turkestan, claiming that some “attendees” said they “never thought life could be so colourful and so meaningful”. “We will not accept the politically driven allegations by some countries and attempts to intervene in national affairs.”

[1]  This includes advanced questions, statements during the review and recommendations. The States that mentioned Tibet or Tibetans were Australia, Austria, Belgium, Denmark, Canada, Germany, France, Japan, New Zealand, Sweden, Switzerland, UK, and the US.

[3] Australia, Canada, Denmark, Germany, France, New Zealand, Sweden, Switzerland and the US all made recommendations directly concerning Tibet or the Tibetan people.

[4] This is China’s third review under the Universal Periodic Review, and whilst China has  nominally participated in the process, in reality it has failed to adhere to any of the accepted recommendations agreed in the last two Reviews (2009 and 2013), has failed to include any public consultation in the preparing of its national report, and has presented the UNHRC with false information about improvements that have been made.

[5] On 22 May, Tashi Wangchuk, an advocate for the Tibetan language, was sentenced to five years in prison on charges of “inciting separatism”. He is not due for release until January 2021 and remains at risk of torture and other ill-treatment – www.FreeTashi.org

[6] Tibet Advocacy Coalition is a project developed to coordinate strategies, monitoring tools, and reports to highlight the situation in Tibet at the United Nations Human Rights Council.