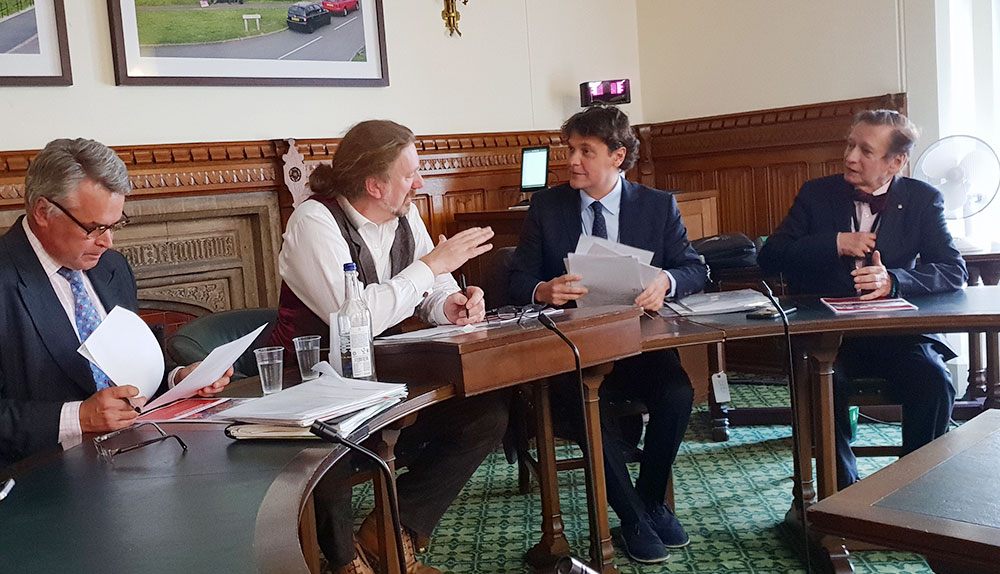 Yesterday afternoon (9 May 2018), the All-Party Parliamentary Group for Tibet [1] hosted a roundtable discussion on the issue of access to Tibet, led by Matteo Mecacci, President of the International Campaign for Tibet (ICT), who presented a new ICT report to the group.

The group, which is co-chaired by Chris Law, MP for Dundee West and Tim Loughton, MP for East Worthing and Shoreham, saw one of its largest turnouts in over five years.

The issue of access to Tibet has long been a sore point of discussion for the Chinese authorities. Despite claims to the contrary by government officials in Beijing, Tibet remains largely closed to foreign visitors [2]. The detention and subsequent expulsion of two New York Times journalists who were visiting Eastern Tibet in February 2018 is but one of China’s more recent attempts to limit who enters the territory and control what kind of information reaches the outside world.

“President Xi Jinping’s claim that Tibet is open to international visitors continues to ring hollow as the Chinese authorities routinely deny foreigners entry into Tibet. Such actions are clear evidence that the Chinese authorities have something to hide and will go to any measures to avoid international scrutiny of their human rights record in Tibet.”

In addition to being a major human rights concern, the roundtable discussed how such measures are also highly political in nature and reflect an unwillingness by the Chinese authorities to engage in reciprocal relations with other states, including the United Kingdom.

While European leaders and Parliamentarians, including French President Emmanuel Macron and German Chancellor Angela Merkel, have referred to reciprocity as a key principle in terms of their bilateral relations with China, discussions have often stopped short of addressing the wider issues.

“It is crucial that the principle of reciprocity is implemented not just in terms of trade and the economy, but also in relation to freedom of movement, information and the exchange of peoples.”

Acknowledging that reciprocity is an important tenet of international relations, beyond trade, Matteo Mecacci briefed MPs, representatives of the UK Foreign and Commonwealth Office, NGOs and members of the public on new developments currently taking place in Washington, where Members of Congress have introduced bipartisan legislation, the Reciprocal Access to Tibet Act, to promote freedom of movement and an open and accessible Tibet for American citizens and for Tibetans themselves, including the Dalai Lama.

Similarly, while Chinese citizens, diplomats, journalists and NGOs traveling to the UK have unimpeded access to all of the UK, the same cannot be said of UK citizens visiting Tibetan areas. In addressing this issue, the APPG for Tibet discussed new ways forward for political advocacy in the UK and Matteo Meccaci provided an insight into how the UK government can press for a more reciprocal and fair relationship with China.

“The one-sided nature of China’s freedom of movement regime is a matter for global embarrassment and falls desperately short of promoting equal relations between states, not to mention undermines human rights. At the very least, Tibetans should be able to travel freely within Tibet and China and British government officials, journalists, NGOs and citizens should be granted the same treatment when visiting China that Chinese officials expect to receive when they visit the UK.”

Following the roundtable, civil society organisations from a range of NGOs attended a private meeting to discuss ways forward to address this issue at the UK level.

A Letter to Xi Jinping on International Mother Language Day